SAO PAULO, Brazil — With about 600,000 international visitors expected in Rio de Janeiro for next month’s Summer Olympics and September’s Paralympic Games, Sao Paulo might seem an easy side trip, but that is by no means the afterthought image this city wants to project.

Brazil’s largest city does not view itself as second banana to any place. Its motto, “Non ducor, duco,” translates from Portuguese to “I am not led, I lead.”

Indeed, if Rio’s beach culture and informal attitude makes it Brazil’s Los Angeles, Sao Paulo’s endless skyline, melting pot of cultures, financial power (in better times, at least) and overall sophistication make it this country’s New York, though a flight between Rio and Sao Paulo is just 70 minutes instead of six hours.

Home to more than 11 million people (compared with New York’s 8.5 million), Sao Paulo offers a seemingly endless number of activities, making an all-too-quick two-day trip in May just long enough for this visitor to grasp that the city can’t be fully grasped in a truncated stopover. 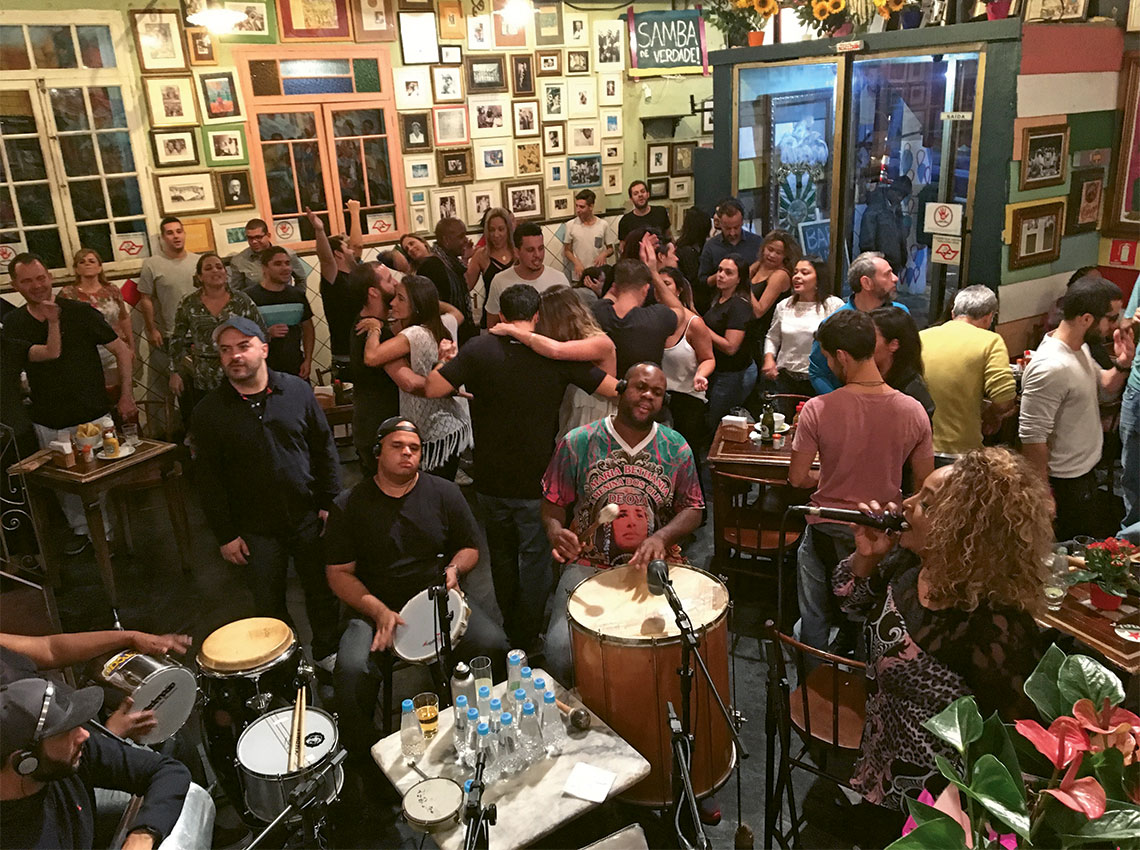 Even so, our tour guide and proud Sao Paulo resident, Flavia Liz di Paolo, did her best with the time we were allotted. What’s more, she exuded a frenetic energy, appreciation of the arts, local knowledge and unfiltered opinions that would have made her completely at home in Manhattan.

This is a destination for culture fanatics, foodies and shopaholics alike. Traditionalists can explore the city’s 450-year history via a tour of Old Downtown, where early structures, such as the stunning Sao Paulo Cathedral, mix with a hodgepodge of 19th century buildings and gorgeous art deco structures such as the Banco de Sao Paulo building.

Other parts of the city’s rich architectural history can be found in Ibirapeura Park, which at 545 acres is about two-thirds the size of New York’s Central Park and showcases some of the modernist work of Brazilian architecture’s revered giant Oscar Niemeyer (the triangular Ibirapuera Auditorium is particularly rakish).

More high culture can be found at the Sala Sao Paulo, the classical-music facility at the Julio Prestes Cultural Center, which was developed out of part of a 1930s-era train station.

The most enjoyable part of our trip, however, might have been our visit to the city’s Vila Madalena district, which is known for its bohemian vibe and whose hills and mix of shops, galleries and street art would remind many visitors of what San Francisco was like before the tech industry money’s uber-gentrification set in.

Our daytime visit meant a walk down Batman Alley and its intricate graffiti, some of which was being finished by local artists before our eyes. Later that night, it meant hanging out in Bar Samba, which was equal parts festive and laid-back. Imagine a classic U.S. roadhouse with a killer live samba band and you’ll start to appreciate the experience.

Sao Paulo’s ethnic mix means the culinary arts are well represented, as well. Along with its Portuguese roots and longtime Italian population base, Sao Paolo also has a substantial Japanese and Jewish contingent. It also claims to be home to more Lebanese than Lebanon and to more Syrians than Damascus, Syria.

While our visit stayed pretty traditional on the culinary front — Barbacoa Churrascaria’s flagship location is a must for red-meat lovers, while L’Hotel Porto Bay’s Trebbiano Ristorante was pretty much flawless with its formal Italian lunch — the city also features some 15,000 restaurants serving more than 40 types of ethnic cuisines.

Brazil’s challenges have been well documented during the lead-up to August’s Olympic Games. In addition to concerns over the Zika virus, the country has had to contend with both its worst economic recession in more than a century and political upheaval that in May saw president Dilma Rousseff suspended, pending impeachment proceedings.

Our visit happened to coincide with Rousseff’s suspension. That fact was revealed to us when protestors blocked the city’s bustling Avenida Paulista, forcing our tour van to detour, but it otherwise presented no other interruptions or concerns.

As for economics, the high-end boutiques and restaurants of Rua Oscar Freire in the city’s relatively posh Jardins district seemed plenty busy in May.

That said, judging by hotel-room demand this year, inbound tourism has been down. Through June, RevPAR at Sao Paulo hotels fell 21%, to 194 Brazilian reals ($53.52), with room rates falling 19% and occupancy down slightly, to 58%, according to STR. June had been Sao Paulo’s best month this year, though, with RevPAR down 12% and occupancy holding steady at 65%.

What that means, of course, is that there are lodging deals to be had, especially considering that with central Sao Paulo’s hotels serving primarily business travelers, a traveler to Brazil can get the best of both worlds by staying in Rio during the week when rates are lower, then moving on to Sao Paulo for the weekend.

Our trip was hosted by the 220-room Tivoli Sao Paulo-Mofarrej, which offers a 7,500-square-foot Presidential Suite whose recent occupants included Mick Jagger. With a modern, tasteful and practical room layout and a central location, mid-August weekend rates for what would equal a high-four-star hotel in the U.S. are at about $190 a night, breakfast included.

For those wanting to stay with the larger, international brands, the 444-room Renaissance Sao Paulo and the 195-room InterContinental Sao Paulo appeared to be current with updates that belied their two-decade history, with the Renaissance’s upper-floor rooms strongly exuding a Manhattan feel.

The 60-room Fasano hotel and 56-room Emiliano both go the lifestyle/boutique route, with funkier design touches.

Funkiest, however, was the Hotel Unique, a property that resembles a slice of watermelon and whose slanted-wall rooms ensured the hotel stayed true to its name, while its rooftop pool and bar area afforded gorgeous views of Sao Paulo’s skyline. 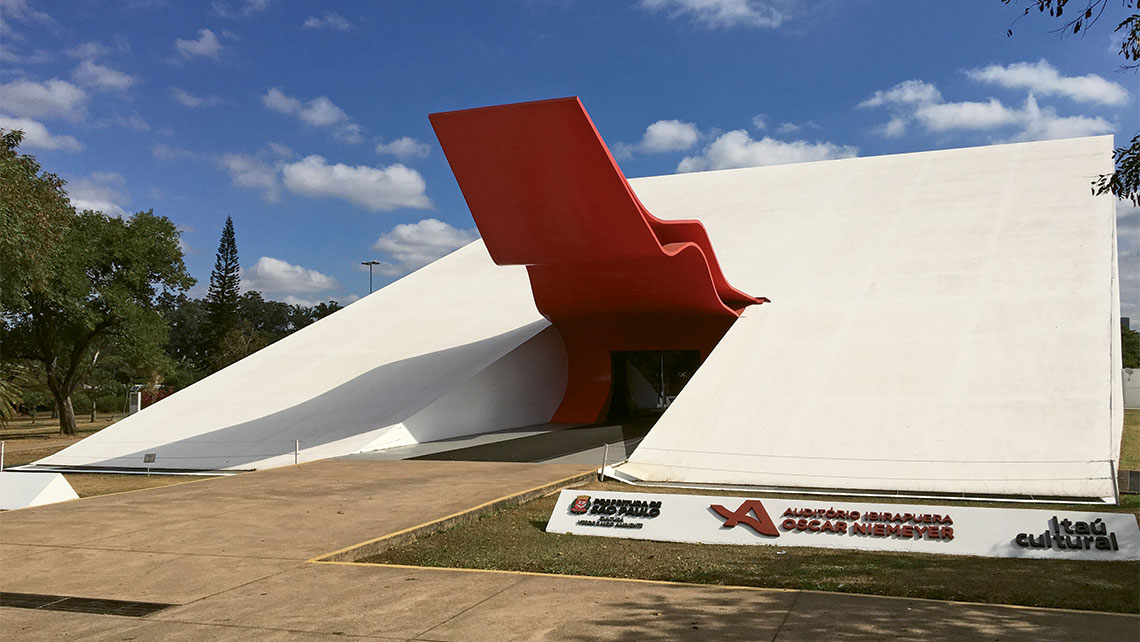 Granted, there are precautions the uninitiated should take when visiting Sao Paulo, and Brazil in general, according to Sarah Taylor with All Set Concierge, an affiliate of Santa Barbara, Calif.-based Montecito Village Travel and part of Virtuoso.

Taylor, who books about 30 trips a year to Brazil, said that the country’s high level of petty crime means that visitors should not make it too obvious that they’re tourists. And this year’s Zika virus scare has some family clients asking her how to find the most organic bug repellent possible.

Other than that, though, the recommendations are of the harmless, if not charming, variety. That means getting used to being greeted with a hug and kiss instead of a handshake and planning the largest meal of the day around lunch instead of dinner.

“They’ve got the best chefs in the world, and they have so many museums. It’s a great hub for Latin America culture,” Taylor said of Sao Paulo. “You can really get anything you want.”